How iTellum Contributes to the Growth of Costa Rica

Costa Rica’s population has embraced the use of the internet with open arms over the past 10 plus years. Since 2010 internet usage has grown from 36.5% to 81.2% in 2019. Now in 2022, the competition between internet suppliers, primarily fiber optics has grown in the more populated areas such as the central valley. However many remote areas have been left behind without the benefit of the internet, whether it be the extinct outdated dial-up method, cable, 3G or 4G, or fiber optics. Some of these rural areas are so “off the beaten track” or have obstacles in topography that most internet providers cannot or will not make the effort to try and supply connectivity in any form.

In April of 2022, a legal concession was granted to iTellum as the official Internet via Satellite supplier of Costa Rica. The concession was signed by the Minister of Science, Innovation, Technology, and Communications and by the previous President Carlos Alvarado. This is a game-changer for Costa Rica and its rural population! Where other internet connections are not feasible or even possible, high-throughput satellite broadband has become the solution. iTellum has bridged the country’s connectivity gap using HughesNet Satellite which covers 97% of the country, excluding only a small portion near the northern border. This is due to the limitation of coverage of the HughesNet satellite known as Jupiter 2.

iTellum and its founder Tim Foss had a vision; one that he voiced recently, “We are committed to closing the digital divide in Costa Rica and we want to be taken into account for the development of projects where it is impossible to deploy fiber optics, copper or coaxial cable and even where there is no coverage of 3G and 4G mobile networks.” This commitment and finally the legal concession found the iTellum team on an adventure to areas less traveled. The scenario starts something like this.

The mission starts with a two-hour drive to the mountain town of Turrialba, approximately 2 hours east of San José. Although only 53 km away, the route to arrive at this area is not via “high speed” highway. Home to Turrialba Volcano National Park, the still-active volcano at 3328 meters (approx. 11,000 ft), and the Guayabo National Monument, it is more wild and remote than the Poas or Irazú volcanoes. After reaching the town, four more hours of travel via rural taxi and a half-hour trek on foot, the crew is deposited at their destination — a school in the indigenous community of Cabecár. Bringing the Fastest Satellite Internet Available in the country to 32 students and 6 employees of the school has allowed them to make voice and video calls, surf the net, and send and download files for the first time, ever! This of course would not be possible without electricity generated by a photovoltaic system powered by solar panels and 16 batteries.

The teacher at the UlujeriÑak educational center for four years, Diego Delgado, is a native of the canton of Cervantes de Alvarado, where he commutes on weekends by dirt bike through two rivers, natural pools, and suspension bridges, as well as steep muddy slopes due to a large amount of water present in the border area between the provinces of Cartago and Limón. Four years ago they made a service request to Fonatel and they are still waiting for a response. “Thank God I was able to contact iTellum, but waiting for the Internet here through a public entity is very difficult. I have the emails when around four years ago the request was approved in Fonatel with the go-ahead where they said that a tower was going to be installed, but four years ago today in 2022 we are still waiting for it” explained the teacher.

Finally, Reliable Satellite Internet and Broadband is being installed in areas that previously had no internet service. iTellum recently completed the installation of more than 20 satellite Internet services, in areas as remote as Peñas Blancas in San Ramón de Alajuela, Playa Santa Teresa in Cóbano de Puntarenas and Alto de Chirripó, in the Valle de la Estrella, Limon.

There are so many beautiful natural niches that both Costa Rican and foreigners have gravitated to live and develop businesses. But this can be challenging in an age when the internet is a basic element of survival in the commercial world.

Jean Carlo Jiménez, a Costa Rican, decided to develop family land in San Bosco de Peñas Blancas to build some leisure cabins and enjoy his vacation seasons in this magical place surrounded by lush green forest. However, the lack of fixed and mobile internet connectivity represented an obstacle despite multiple attempts to approach different telecommunications firms. Until just recently he had not found a company that would provide him with any type of connectivity, due to factors such as the remoteness of the place and its rough topography. During his search, Jiménez learned about Itellum, Costa Rica’s only High-Speed Satellite Internet authorized by Sutel utilizing the Ka-band of the Costa Rican radio spectrum, a company that through technologies such as wireless links through microwaves, fiber optics, and connection to HughesNet’s Jupiter 2 satellite, offered him the solution he and his family needed. “The service has been extraordinary. In a place where it was impossible to send a text message before, now we can even send a WhatsApp, I can work from here, have high-quality video calls, with a service in perfect condition despite the weather,” Jiménez describes.

iTellum has dispelled the misconception that satellite technology is adversely affected by weather conditions such as fog and rain, or that its bandwidth is limited. In fact, it is currently possible to offer speeds of up to 25 Mbps with their 90-centimeter antennas and 50 Mbps or more with their 120-cm system. Coastal communities such as Puntarenas and Limón, as well as other indigenous areas located in Pérez Zeledón, San Carlos, Golfito, and Cóbano, among others, have benefited from Rural Satellite Internet.

But these satellite configurations are not specifically assigned to rural areas. They can also be used in more central locations. “We have technical service and assistance 24/7/365 where each of our clients is attended to individually in the face of any situation that their service could present. Our technical staff is specialized in the deployment and installation of telecommunications infrastructure”, explained Foss.

iTellum is currently holding talks with other rural centers in nearby communities, as well as in San Isidro de El General and the border area with Panama, where there is currently no cellular coverage. Costa Rica’s rural communities can now embrace the future with confidence in the Best Satellite Broadband Possible. 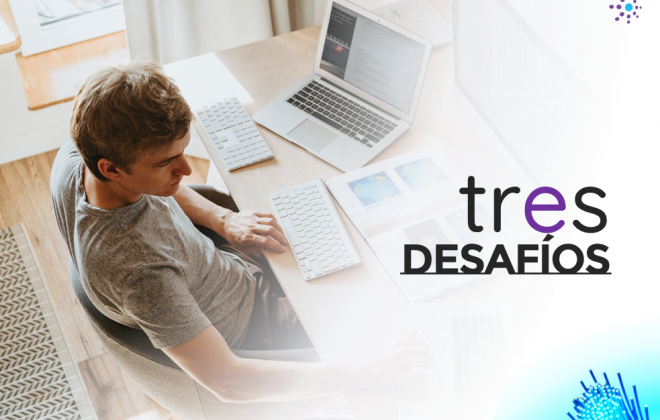 A Perspective on Off-Grid Living in Costa Rica

Pay attention to your connection this 2020.

How Costa Rica is Amping up Tourism and its own Workforce

Is there Internet on that River?