Liberia: Head of the province of Guanacaste. Liberia is an important center of transport, agricultural trade, and more recently, it is a nucleus of services related to tourism. Itellum offers 24x7 personalized attention from our different centers of operational control. With our superior Service Level Agreements (SLA) we guarantee our customers the outstanding service they demand. 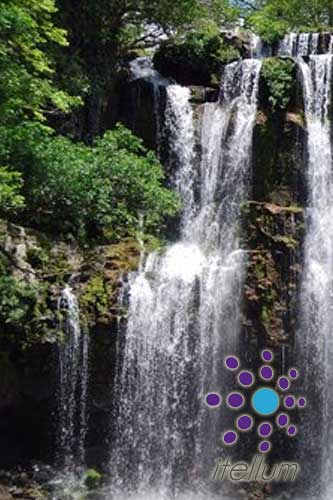 Liberia is one of the oldest cantons in the country but still  has some of the fastest, most reliable internet in Costa Rica. Originally called Guanacaste, the name changed to Moracia in 1854 until 1860 and then to Liberia, and the province reverted to the name Guanacaste. Every July 25th the Annexation of Guanacaste is celebrated commemorating the date that the province became part of Costa Rica rather than Nicaragua. As the capital of Guanacaste province, it holds a festival on this date where one can find folk dances, parades, cattle shows, local food, and other cultural traditions in the area. Music is a large part of the festival and the traditional "marimba" is very popular with tipico tunes and colorful dancers. A parade also takes place in the center of the city where children put on masks and costumes and march in the streets.

A great deal has transpired since that day in 1824. Today the canton has a population of about 76,000, and the urban area is approximately 58,000. Liberia has continued to be a major center for livestock and agriculture, well-known for cattle and cowboys. The “Sabanero” or cowboy culture is still alive and well in the Liberia area, although it is fast becoming a new tourist and business destination. The construction of the Pan-American Highway provided a link from Liberia, not only to Nicaragua but to the now popular beach areas on the North Pacific Coast.

Today many tourists pass through Liberia en route to Playa del Coco, Playa Hermosa, Playa Tamarindo, and the Papagayo Peninsula. It makes sense that Liberia not only enjoys the best internet Costa Rica offers, but commercial grade internet that is put to good use by the businesses both in Liberia and around the surrounding areas.

In Liberia, you will find the Museum of Guanacaste that was previously and armory, barracks and a jail that has since been converted into a museum intended to document military abolishment, preserve history and cultural heritage. At this time the restored building displays art produced by local artists and serves as a venue for community events. The Museo de Sabanero, founded in 1990 is centered around the cowboy culture so prevalent over the years. It’s setting is in a colonial-style house known as Casa de Cultura. Displays include lassos and intricate saddles, spurs and lanterns which illustrate the history of the area for raising livestock and in particular, Brahman cattle. A notable piece of architecture is the modern church, Immaculate Church of Concepcion de Maria, that faces the town center plaza. Its design is unusual and quite stylized than most churches in the country.

Internet via 1:1 International Fiber Optics is a particularly important asset of the airport at Liberia. The second busiest airport in the country and the 6th busiest in Central America was originally built between 1974 and 1978. Although it has had several names it is most recently known as the Daniel Oduber Quiros International Airport, however, most people refer to it as the Liberia International Airport. Providing the gateway to the popular beaches on the north Pacific coast, it began a major make-over in 2010 and underwent an expansion in 2017, giving it the capacity to receive 15 international airlines. The airport not only fuels tourism in the area but has boosted commerce attracting companies such as Coca Cola that have constructed a $55 million facility scheduled to officially open in 2020. This installation will not only provide thousands of jobs for the area but will augment exports of industries in the area and those that are now recently attracted to the area.

The new business park/free trade zone, Solarium Logistic Center is enticing businesses medium and large as they search for an internet strategy that iTellum likes to call an Internet Concierge. This refers to mid to large size companies that care more about “Redundant Quality, and Best Service and Support” that is promised and actually delivered, rather than using an internet service with a lower price point. Entities housed in this commercial/industrial complex include, automotive, building supplies, business services, hotel and restaurant supply and equipment, consumer products and distribution, furniture, hospitality, tourism, research and development and even a university. Its location allows it to take advantage of the Pacific ports of Caldera and Puntarenas, the Pan American Highway, the Liberia International Airport and the “information highway” via fiber-optic internet connectivity.

Due to Liberia’s location, more hotels are gravitating, not only to the coastal areas but also within the canton of Liberia, where business-style hotels are locating to provide housing for visiting corporate groups and individuals. Internet for hotels is fast becoming a necessity that cannot be ignored. Large companies like Coca Cola and Intel inspire other service-oriented companies to enter the market such as restaurants, grocery stores, pharmacies, health and beauty, and shopping centers to house these businesses. Years ago you wouldn’t have seen fast food franchises here. However since 2016, restaurant chains opened in the city such as Taco Bell, KFC, Quiznos, among others. Walmart opened the largest supermarket in Guanacaste and Pricesmart is scheduled to open in July of 2020. Liberia is also home to the principal higher education schools of the country with campuses of the University of Costa Rica, National University, and Universidad Latina de Costa Rica. Several high-tech companies are currently installed in the area. The first one is Ad Astra Rocket Company and is located on the campus of EARTH University (La Flor). Also of interest is the Costa Rican Institute of Electricity known as ICE, which has installed several electric power production centers that operate using clean and renewable sources such as wind and geothermal energy. There are two wind farms and four geothermal projects in the canton. With economic entities such as these, superior internet is a prerequisite.

With the increase in flights to Liberia comes the entrance of “snowbirds” mostly from the United States and a surprising number from Canada, eager to get away from the cold snowy weather for a week or two. In previous years they would have had to fly into San Jose and face a five to six-hour drive to reach their especially “toasty” tropical destination. As visitors explore the area, they realize it’s potential giving rise to real estate developments in and around Liberia representing growth in population and employment. With the influx of nationals and foreigners, more schools, especially bilingual are opening to augment the educational system here. Now with the existence of faster, better, stronger internet and support, the growth in residential real estate and the accompanying educational services needed, become a reality.

The attractions in the area are not limited to the beautiful beaches that line the Pacific coast. Destinations of interest are frequented not only by tourists but by the locals as well. An unusual attraction is an African safari or wildlife reserve that was opened under the name of Africa Mia (My Africa) about 10 years ago. It is now known as Ponderosa Adventure Park or African Safari Adventure Park and is located 4 km south of Liberia. An expanse of some 70 hectares gives a natural habitat to approximately 300 animals of 16 different species, both exotic and native to Costa Rica. These animals are quite at home in their environment in Guanacaste and are all herbivores. The rich soil and swampy wetlands provide the animals with an atmosphere that resembles that of certain plains of Africa. It is estimated that between 30 and 40 animals are born in the reserve each year. Although there is no admission fee you can participate in various tours within the park which do have a cost. You can enjoy a safari and see giraffes, zebras, emus, and even camels to name a few, take a zip line or nature trails to waterfalls or go kayaking in a lagoon.

Rincón de la Vieja Volcano National Park is located just to the northeast of Liberia. Volcanic hot springs, bubbling clay pots, and numerous waterfalls and rivers may be found along the park's many kilometers of hiking trails. Hot springs are also located to the southeast of Liberia along the west slopes of Miravalles volcano. The recently active Tenorio Volcano in Tenorio Volcano National Park consists of two craters and 4 volcanic peaks reaching an altitude of 6,287 feet or 1,913 meters. A breath-taking attraction within the park is Rio Celeste, a turquoise-colored river with waterfalls and thermal ponds gets its color from sulfur and calcium carbonate emitted from the volcano. This area is populated with thermal springs, geysers, lagoons, rain forests and as one climbs in elevation, there is primary cloud forest. This awesome area is also home to the Tapir and the elusive Puma.

Upon landing at the Liberia International Airport, one might conclude that the city is just a dusty cowboy town with some nearby beaches. But this area has undergone a great deal of growth, not just touristically but in commerce and a transitioning economic wave of growth that has a catalyst borne of iTellums reliable fiber-optic internet connectivity in Liberia.

Get Fiber in Liberia