Curridabat: Curridabat is characterized as a canton with a high degree of economic, educational, and urban development. has many restaurants, cafes, cinemas, exhibitions and shops and various shopping centers. Itellum understands the importance of this area and has the capacity to provide for the high-demand for high speed Internet services in the sector. 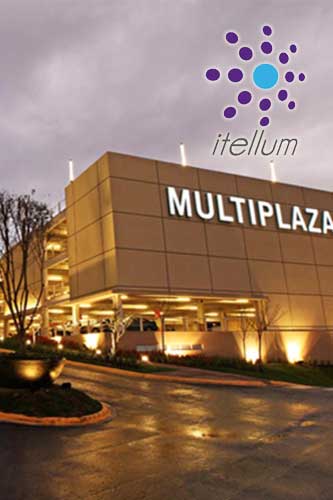 iTellum: Curridabat (& San Pedro) San Pedro’s superior internet is synonymous with higher education. As the home of the main campus of the University of Costa Rica, it is no wonder that this area enjoys the fastest and most reliable Internet in Costa Rica made possible by iTellum. San Pedro, although it borders San José is actually the capital of the canton of Montes de Oca but is considered part of the San José metropolitan area.

The prestigious University of Costa Rica (aka UCR), is the oldest and largest institution of higher learning in the country and was established in 1843. When you consider that over 45,000 students attend the university throughout the year, you can understand why fiber optic internet connectivity is extremely advantageous and of the utmost importance here. There are campuses located throughout the country but the main campus in San Pedro is the largest with 100 hectares (250 acres). It is divided into six major academic areas, including but not limited to, law, engineering, agriculture, medicine and manages 42 research institutes.

Also located here are the Universidad Latina de Costa Rica and Maximo Nivel. The Universidad Latina de Costa Rica or ULatina as it is commonly referred to has 2 campuses, one in San Pedro and one in Heredia. Collectively, these campuses have more than 16,000 students enrolled. Studies here include Bachelors of Business Administration, Public Relations, Industrial Engineering, Computer Systems Engineering, Hospitality Management and Nursing. The undergraduate degrees are extensive and cover a large assortment of disciplines; from Dentistry to Media Production to Computer Science to Economics, Architecture and much more. Maximo Nivel is a school offering “study abroad” programs in Latin America to students from across the globe. They have Spanish language programs offered both at their locations and online. Included in their offerings are a variety of volunteer programs, TEFL certification and cultural immersion programs.

With all this educational activity it’s only logical to have access to internet via 1:1 International Fiber Optics. This is iTellum’s specialty and the only “class” of internet they offer. There is no reason for any other product in order to deliver faster, better, stronger internet and support.

The population of San Pedro hovers around 30,000 not necessarily including the number of students that may or may not choose to live in the area. Once a quiet suburb, San Pedro is transforming it’s older residential areas to higher density residential and commercial development. And of course, the area houses many of the students, professors and staff for the educational institutions. Many of the older stately homes have been transformed into boutique hotels, bed & breakfasts and trendy restaurants. You’ll find fine dining restaurants like Restaurant Jurgen’s, known for its elegant international cuisine. For local fair, there are restaurants such as Nuestra Tierra and La Criollita serving up traditional Costa Rican and other Central American countries dishes. Since students are almost always on a budget, San Pedro offers some “cheap eats” to fit everyone’s pocketbook. Mall San Pedro is an older mall as far as the trend in malls goes. It was built in the late 1980s and offers retail and office space plus lots of family activities such as cinemas and childrens play areas as well as a virtual reality simulator located near its food court. With over 100 retail outlets and restaurants, it remains a worthwhile shopping option. Not far from UCR is an underground paintball course for something a little different. The Jazz Cafe is a number one spot for live music of all kinds and jam sessions with a bohemian atmosphere. Because it borders San José, it's a quick bus or drive to many restaurants and nightlife. However, the Calle de la Amargura (Bittersweet Street) has small stores, nightclubs, discos and bars primarily frequented by university students. It’s an intriguing mixture of entertainment that draws people with a curious streak and a propensity for a taste of danger. As with any place, you should be aware of what's around you and don’t flash a lot of money when you are there.

A little further east is the canton of Curridabat with a population of approximately 78,000 with an ambience that melds the old and the new. iTellum’s concept of “Internet Concierge” is alive and well here. The internet users here care less about getting budget connectivity and more about the redundant quality and receiving the best service and support. A drive through the area will reveal the charm of old Tico architecture intermingled with shopping malls and office towers. It is a popular belief that Curridabat is one of the oldest settlements in the central valley dating back to 1571 when the area was inhabited by indigenous tribes. The Spanish colonial church known as Parroquia San Antonio de Padua was built as recently as 1933, although there was a church built on this existing site since 1676. Unfortunately, the structure did not survive destructive events such as fire, earthquakes and wars. Plaza del Sol is the first indoor shopping mall in the central valley and officially opened in 1984. With about 45 stores and restaurants to choose from, this mall is popular in the area along with, Multiplaza del Este with a greater selection of businesses totalling 115. This mall has all the shopping you could possibly want plus movie theaters and approximately 28 restaurants and food kiosks. It is conveniently located next to Pricesmart. Another strip-style mall is Momentum Pinares which is located next to Walmart. The best internet in Costa Rica can be found in Curridabat. Internet for hotels such as The Hyatt Place Pinares can offer their clients reliable high-speed internet that surrounding large and medium-sized companies also access for their daily operations. On a much smaller scale is the Mercado Natural de Curri. A small intimate Sunday market with healthy organic choices and activities. From Yoga classes and Shiatsu massage to learning how to make Kombucha, yogurt and cheese. Fresh organic produce is available for purchase and an international food court has a variety of choices for breakfast and lunch.

There are even events like low-cost spay and neutering for dogs and cats! The municipality calculates the canine population to be around 17,000 animals. Since 2012 they have been involved in a project to provide multi-use recreational space that can be shared by both people and dogs. That’s why Curridabat has over 8 dog parks equipped with perimeter fences with controlled access, water service, pet waste bags, and dog play areas. In the same parks, there are exercise machines, children’s playgrounds, picnic areas with trees and controlled areas that can be shared by various types of users, animal and human, alike. The municipal library has evolved to not only include the traditional loan of books but offers free internet for information and study purposes including wifi in study rooms, computers with free internet access and the loan of computers to the public. It is also the venue of a number of workshops and community activities.

All of this is made more efficient with the commercial grade internet available from iTellum. Curridabat is also an area of older and newer upscale homes and residential and commercial development which continues to grow. The variety is impressive from stately mansions to new sprawling single-family homes, apartment towers and condominiums. One of the most interesting things about Curridabat is its involvement in the Biophilic Cities Project from the University of Virginia School of Architecture. In architecture, biophilic design is a sustainable design strategy that incorporates reconnecting people with the natural environment. Curridabat’s approach to this concept is to build an environment which is rich in lush greenery which compliments the living spaces for all its inhabitants. Known as Curridabat, “Ciudad Dulce” or “Sweet City”, the idea is the desire to live in a forest within the city. The vision is to eliminate the opposing factors that exist between urban development and nature. To assist in achieving this vision, a “Sweet Plant Guide” was developed that compliments the existing natural botanical growth. At one time Curridabat was comprised of two types of forest, one more humid than the other. These are areas that are attractive to real estate developers. If left to this constant human intervention, these natural forests will not replenish themselves. Introducing vegetation that fosters natural pollination by attracting wildlife such as butterflies, bees and hummingbirds is the goal. By reforesting in this manner they can promote the ecological restoration of the area. The guide covers introducing the appropriate plants into areas with buildings of various sizes and heights, public areas, in addition to residential and main thoroughfares. This list of plants includes over 20 different types of flora that work in harmony complete with photos, descriptions, and benefits divided into sections depending on the condition under which they can be planted. This is certainly a bold step to improve quality of life in the canton of Curridabat. With it’s close proximity to San José with its numerous services and San Pedro with its educational facilities, it strives to provide a balance between nature and urban development while providing access to the rest of the world through the best internet in Costa Rica via iTellum’s fiber optic internet connectivity.